Welcome to the Voice First revolution!

I started thinking about how Voice interactions with computers would change the world in the 1980s.  So excited I was at the prospect of this future, I built one of the first voice synthesizer boards for the Commodore Vic20/c64.  I knew that the future I was thinking about and writing about would perhaps take decades for it to become what I knew was inevitable.

Well that future has already arrived.  We can say it started with the arrival of Siri in 2008, later acquired by Apple and we can say it was confirmed by the arrival of the Amazon Echo with Alexa in 2014. Today will millions of users per day, Voice First is not thing in the future it is already woven into the fabric of the daily life of users.  This number is growing faster than any other technology adoption in history.

Over the last 10 years I have been honored to have been asked to advise and consult with hundreds of companies and founders on how this future will play out.  Last year I established a research magazine, a subscription based app and free new website called ReadMultiplex to establish the groundwork of how this technology will mature.  This hobby has grown to be in the top 100 apps in the iOS app store in category.  The interest and activity has been amazing.

Over the last 3 years the companies and founders that have reached out are now deploying active solutions and road maps for how their companies, products and brands will be discovered and used on the new and upcoming Voice First platforms.  This prompted much more interest to the point I have decided to form and advisory company with me and teams to help work with the companies that will pioneer these new platforms.

A few years ago on a whim I secured the domain VoiceFirst.expert and today I am putting to good use.  A theory Malcolm Gladwell popularized in Outliers is that 10,000 hours of practice can turn anyone into an expert.  This concept has been debated to be perhaps not fully accurate, but we do know that many hours thinking about something does present some utility.  I have been thinking about the Voice First revolution since at least 1983.  I get shocked how many hours this represents.  I do not fully believe there are any true “experts”, just a willing student.  So I use the term expert loosely to mean I have thought about this perhaps more than anyone and still see myself as a learning student.

Thus I am finding an official channel to establish connection with startup and legacy companies to build a relationship with me here.  I aim to build relationships with agencies and consultants also to help them officially or as a “ghost writer”.  I an interested in any type of relationship and would be honored by any ideas you would like to send my way.

You and I are at the precipice of a new dawn in how humans interact with computers.  At the recent Money 20/20 conference I said “Every single aspect of technology from smartphones, to automobiles to appliances will have a Voice First Interface. New brand will be built around this concept and old brand that do not adapt will die around this concept”.  Let us build something grand together. Reach out and connect with me. 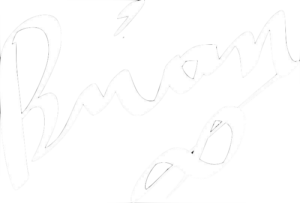